WES CHERRY, THE MAN WHO MADE SOLITAIRE WORLD FAMOUS 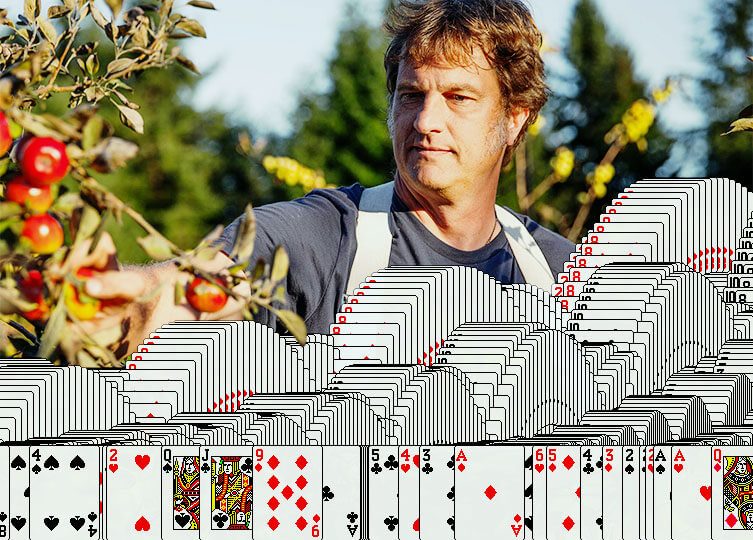 Everybody knows his game and, if you have used a computer in the past 30 years, you have more than likely played the game or seen it... So, who are we talking about? We're talking about Wes Cherry, a former Microsoft intern. He developed the Klondike Solitaire card game in 1988 as an internship project to familiarize himself with the Microsoft programming environment and, even though the game has been and is still installed on billions of computers, Wes Cherry was never paid a cent for it.

Still, he continued to work at Microsoft until 1999. A few years later, he started working with apples. No, we're not talking about the huge corporation called Apple Inc., but about the edible variety. He is the owner of a company called Dragon’s Head Cider, which is situated on Vashon Island, a little west of Seattle. All this came to light when a visitor to the popular social news site Reddit posted a message about his story and the response to it crashed Dragon's Head's website. Wes checked out the reason for the crash and then told his story on Reddit.

He told everyone that he had actually developed Solitaire for Windows 2.1 during his internship in the summer of 1988. All of it in his own spare time! He was pretty familiar with these kinds of card games already and played them on his Mac when he was supposed to be studying. He discovered that there was no version for Windows yet and decided to develop one himself, after which a software manager at Microsoft discovered the game and internally decided to add it to the latest version, Windows 3.0. He was also told straight away that, since he was an intern, he would not receive any compensation, but he was given an IBM Personal Computer XT that he could use to find and resolve bugs during the school year. He fully agreed with this solution at the time and still agrees with it today.

During his career at Microsoft, Wes Cherry created a number of other games. In 1991, he developed the “Pipe Dreams” game for the Windows entertainment package, for instance. It involved playing a plumber who had to run water through as many pipes as possible. This game was also created in his spare time and Microsoft rewarded him by giving him a couple of 1000 dollars’ worth of shares in the company, which he used to buy a boat. After this project, he worked for the Excel team until the end of the 1990s.

Nowadays, he does very little programming, except when software needs to be developed for the hardware used to run his company. Otherwise, he mainly keeps himself busy growing apples and occasionally jokes that if everyone who ever played Solitaire gave him 1 cent, he would actually be rich enough to become friends with Bill Gates...